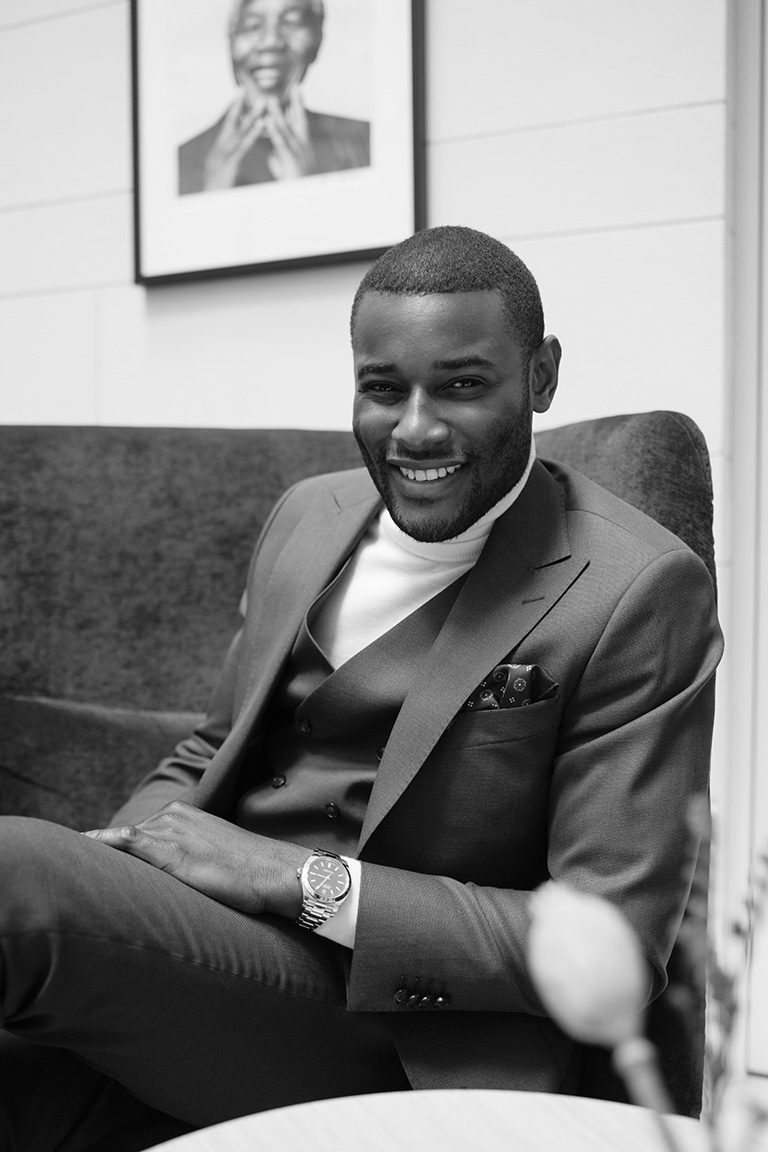 I was born in 1991, in a suburb of western Västerås called Bäckby. Like in many other families in Bäckby, my parents left their native countries, Togo and Ghana, for a brighter future in Sweden. The majority of my childhood was spent on the soccer field, a place where I found my best friends, a place where I dared to dream big. My goal was to become a pro and play for a big international team, this I made clear for everyone in my surrounding. Unfortunately, the international break through didn’t come and after some time in Västerås IK and VSK in Division 2, a knee injury put a halt to the soccer career. Not the outcome that i anticipated, but I was still hopeful.

During a shopping trip in Stockholm, I was stopped by two people who turned out to be talent scouts for the model agency MIKAs. They promptly asked me if I wanted to be a model. The thought of becoming a model had never struck me, but I gave it a shot. The first modelling gig was for Beckman’s Design College during Stockholm Fashion Week, and not soon after, runway shows and editorials for major fashion houses and brands followed. I fell in love.

As a black model in Sweden, I’m no stranger to challenges. In an extremely homogeneous, and many times, excluding industry I often stand out. During the course of my professional career I have won a lot of victories but also suffered bitter losses. You might call it a unglamorous journey in a glamorous industry. A tough journey that has given me a lot, among other things, it gave me the tools to inspire others.